Gambling in Japan is currently illegal, despite the country being the world’s third-largest economy. But a long-awaited bill is set to be introduced to the Japanese parliament (the Diet) which aims to make Japan a top gaming destination. Soon residents may legally be able to play slot machines, table games, and many other casino classics. 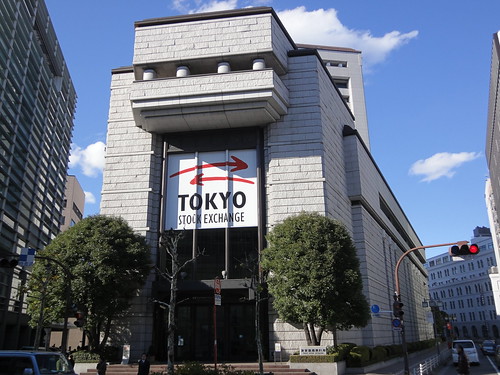 “Tokyo Stock Exchange” (CC BY 2.0) by Dick Thomas Johnson
Japan’s economy is currently struggling, as there is low consumption and spending. The country is hoping to attract 20 million visitors a year by 2020 – the year it hosts the Summer Olympic Games – and introducing legalized gaming locations could aid this.

The bill in question, if passed would legalise integrated resorts – locations which have hotels, casinos, entertainment facilities, restaurants, bars and even malls built into them. Integrated resorts are great for tourism, having been built successfully in places like Singapore and Australia: they bring in overseas visitors, as well as locals looking for some fun, and their extra amenities can create new jobs.

The first integrated resorts would likely be built in Tokyo and Osaka, cities which see international tourism at high levels which they would seek to grow, but also have the resources and infrastructure to support more tourists. 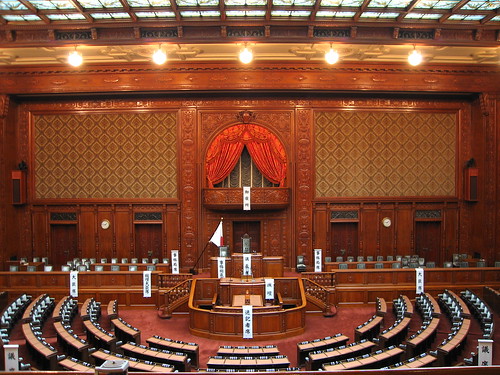 “Chamber of the House of Representatives” (CC BY 2.0) by Kimtaro
The bill has been in the works for a while: it was first submitted to the Diet in 2013, but the House of Representatives had to dissolve due to an unrelated scandal. It was submitted again in 2015 without any success, but changes made to the government’s top ministers now mean that there are more politicians in favour of it.

It’s very likely that the bill will be debated before the end of the year, though a vote on it could still be a long way off. If the bill did pass, Japan could gain an extra $40 billion per year from revenue raised by the integrated resorts.

And the end of 2016 is also the ideal time to debate the bill: the legislative calendar has been cleared, so now there isn’t much taking up Prime Minister Shinzo Abe’s time. There is likely to be time to discuss the future of legalized gaming in Japan. 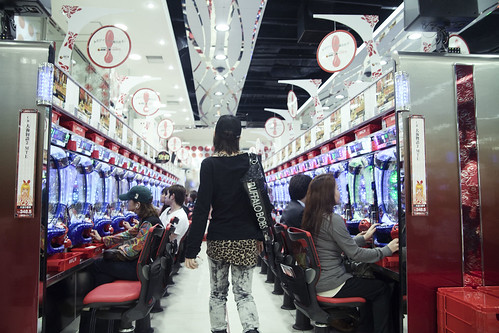 “Pachinko” (CC BY-ND 2.0) by JulienMattei
The fact that gambling is illegal in Japan might strike many as surprising. 5% of the adult population have a compulsive gaming problem, and it’s also home to thousands and thousands of neon-lit pachinko parlours.

Pachinko, despite being a game where you bet money on random outcomes, is not officially considered gambling, and is hence not regarded as a video slot. That’s because money cannot be rewarded with cash when you win: instead, you play for prizes. These are then exchanged in a different building for money, but the split in premises means that no laws are broken.

Many Japanese people also indulge in betting on sports. Keirin, a cycling race which has become an Olympic medal sport, was originally created as a vehicle for sports betting and billions of dollars are bet every year.

If gambling is legalized in Japan, it could see huge boosts to the economy. More tourists would come to the country, and locals would also see better facilities in their local area. But until then, Japanese gamers will have to look overseas for legal gambling in land-based casinos or online games.