Nothing beats the excitement of spinning a roulette wheel and wondering where it will land. It’s no surprise then that roulette is one of the most popular forms of gaming – both in land-based casinos and as online roulette. Make sure to check out Lucky Nugget’s handy tips on playing roulette before giving it a whirl!

1. Always bet on the European wheel 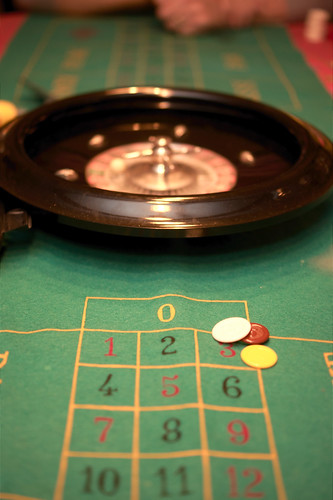 “_DSC6170” (CC BY-ND 2.0) by rogier koop
If you’re given a choice between a European wheel and an American wheel, by far and away your best shot at winning will be playing the European wheel. But why?

2. You get better odds if you can play partage 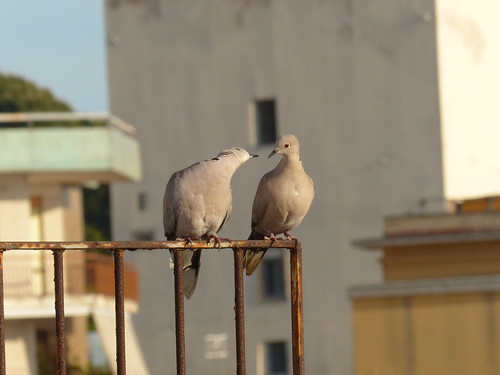 “#Sharing” (CC BY 2.0) by Dilexa> (studying)
Some casinos offer you “partage” (French for “sharing”) or “en prison” when playing on European wheels. If you ever find these, you should always take them up on their kindness: it cuts the house edge in half, down to a mere 1.35%.

Partage and en prison bets are offered on the furthest outside bets, or the ones that have an even chance of winning if you ignore the house edge: high or low, even or odd, or the classic red or black. With a partage bet, the wheel landing on 0 results in you getting half of your winnings back. While this is still obviously a loss, it’s less severe than losing it all.

En prison is a little different: instead, your bet will be left on from the previous spin but with a special marker showing its imprisoned status. If you win the next spin, your stake is returned, but you’ll forfeit the wager if you lose.

Finding a casino that offers partage or en prison rules can be tricky, as it varies around the world. Las Vegas casinos, for instance, almost never partake in it, whereas UK casinos tend to favour it.

3. There are more bets than you’d expect 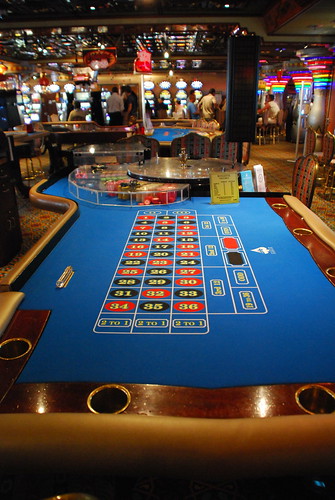 “Roulette table” (CC BY-SA 2.0) by Lisa Brewster
Don’t be fooled into thinking you have to put it all on black, or on 19! You can place all kinds of bets on a roulette wheel, and many are shown by the table itself.

As well as even-chance bets, less common outside bets include a dozen numbers, a vertical column of numbers, or a winding “snake bet” of numbers across the board (each of these pays 2 to 1 for victories). And inside bets have even more choices, ranging from a split (betting on two adjacent numbers like 19 and 20) up to Six Line bets (like 19, 20, 21, 22, 23 and 24).

And then call or announce bets diversify this even further, allowing you to place bets based on sectors of the roulette wheel as opposed to the linear number layout. You can bet on part of the wheel next to 0 (“voisins du zero”), the third of the wheel opposite 0 (“le tiers du cylinder”) or on the eight numbers excluded from these two options (“orphelins”).

4. Avoid this bet on an American roulette wheel! 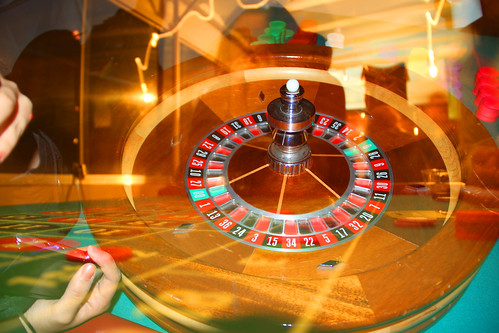 “Roulette” (CC BY-ND 2.0) by C-C-C-C-C-C-Cary
By far the worst bet you can make is a “top line” bet, sometimes called a “basket”. Unlike every other bet on an American roulette wheel – which has a house edge of 5.3% – this one bet has an edge of an eye-watering 7.9%. This is because it’s paid out at 6 to 1 odds, but the true odds are 6.6 to 1. This is a higher difference between true odds and paid odds than any other bet, and as such raises the house edge for this wager.

A top line bet covers the lowest numbers of a roulette wheel: 0, 00, 1, 2 and 3. It might be an appealing choice for a maverick, looking to profit from the increased chance of a house win on an American wheel – but the odds are that the true loser will be whoever places this bet. 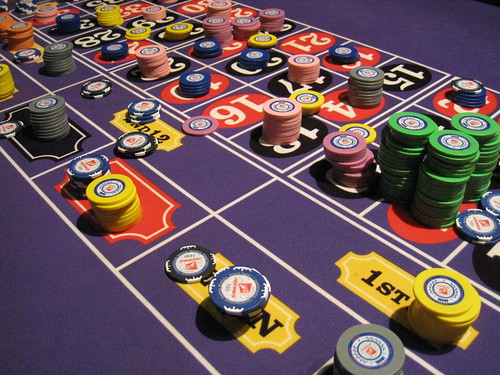 If you’re really looking to splash your cash, you can make a maximum or “full complete” bet. This involves making every inside bet concerning a given number, as well as making each of these bets at the maximum possible level.

17 winning in this scenario would earn the player 392 chips. Different numbers have different maximum bets and different winning levels, depending on their location on the table and thus how many inside bets they’re included in.

6. Don’t get stung by the Gambler’s Fallacy 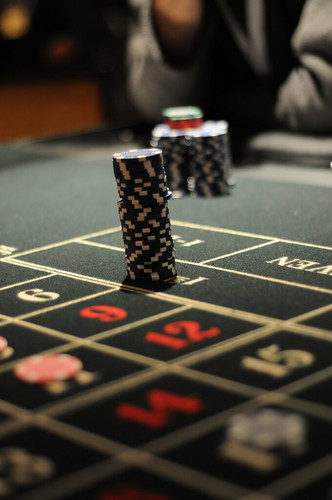 “Chip stack” (CC BY-SA 2.0) by sk8geek
It is literally impossible to predict the next outcome of a roulette spin based on previous outcomes. Every time you spin a roulette wheel, it has exactly the same chance as coming up on each number as it did previously. So, while it is unlikely for a roulette wheel to land on red six times in a row, that doesn’t have any impact on what it will spin the seventh time.

Each time you spin a roulette wheel, it has the same chance of landing on red or black – around 50%. So, if you had started betting right at the beginning of the spins, you have a very small chance of it being red every time: it’s around a 50% chance for it to be red the first time, 25% chance twice in a row, 12.5% chance for three times, and so on. Six times in a row is slightly under 1.56%, or 1/64 (given that house edge shaves a bit off each of those odds). But each of these spins, taken on its own, still had an 18/37 of being red.

So, just because the roulette wheel has spun red six times in a row, it’s not more likely to land on black now. Number are never due to come up, and you can’t go on hot or cold streaks of luck: it’s all superstition. Don’t be that person insisting that their number “has” to come up and getting frustrated when it never does.

As long as you remember these handy tips, you’re going to have a great time playing the roulette wheel. Always play the European wheel when you can, and try and get partage; spice up your bets and if you’ve got the dough, feel free to bet a maximum – but don’t try the top line bet, or assume you’re due a win. The most important thing is to have fun though, and hope luck is on your side!