When it comes to gambling we all know why we play. The thrill of waiting to see where the ball will land on the roulette wheel, the unknown of the next blackjack card and the challenge to bluff your way to victory at the poker table. It’s fun, it’s exhilarating and it puts you through a wide range of emotions. Of course, there’s also the chance of winning some money and when you combine the two, it’s great!

However, while most of you will love to log in to your Lucky Nugget Casino account and experience the range of games that we offer, from top class slots and video poker, for some they choose to go down the route of illegal gambling.

Here we will take a look at what goes on in the underground gambling scene and also detail some of the biggest ever gambling rings that have been caught – and there’s a lot of money involved!

Well, for the average person, you’d have no need to get involved, there’s no different games to play that we’re hiding from you, nor is there different ways to play.

However, for those that run the organisations, there is one reason and one reason only, and you’ll have guessed it – money.

Gambling as a whole is worth billions, and unfortunately so is illegal gambling. Whether it is casino games like underground poker, or betting on the sports, many players get involved with it via illegal means. This would also appeal to criminal gangs as it gives them more of a means to carry out money laundering. So, as you can see, it could be a slippery slope for any person that starts out with a little wager, it’s a murky world.

When it comes to illegal gambling the strict definition is; ‘a violation of the law of the state in which it is conducted’. As you know, all around the world different gambling laws will apply, and where it is illegal you will find gambling rings that are deliberately breaking the law to feed on people’s urges.

However, don’t worry about a cheeky little bet that you may have had with your friend about who would win the local soccer match, it’s only illegal when it is run by a group of people over a continuous period.

As mentioned, the laws differ and the most common reason players get involved is when the games take place in areas that gambling is not permitted – such as large parts of Asia. They miss the buzz, emotion and feeling that comes with gambling and to find that, many may turn to illegal gambling rings, however it is not a wise move. Simply save up and go somewhere that you can gamble!

How it has changed?

However, catching illegal betting rings has changed over the years, primarily due to the rise in technology. For previous generations, the idea of an illegal betting ring, might be a dark room containing unlicensed slot machines, poker tables and roulette wheels with money continuously crossing hands.

Of course, you still find those places nowadays however, a lot of it has become much more sophisticated. The technology available at our disposal means that a lot of gambling networks can be run online and that creates a lot of problems.

Obviously one is the number of people involved, it can be unlimited, you are no longer searching for specific people from certain areas, in theory anyone can have access to finding these sites online.

As well as that, freezing bank accounts and monitoring transactions will all be a part of finding out who is involved, which is a far cry from finding people with bundles of cash in their pocket!

Here we will look at five high profile betting rings that have happened over the years.

Yes, we’ve just told you how the way the underground gambling world has changed and we’ve started with a very recent case that is quite astonishing.

In 2015, more than 90 people were arrested and over 3,000 bank accounts were frozen as police closed in on an illegal betting ring in China, that was based online.

There were an amazing 500 websites that were linked to the organisation showing just how long they had been operating for and the levels of control that they had garnered.

A staggering one million members were signed up to the various sites associated with this and receipts had totalled $78.7bn! With the majority of those involved coming from the Chinese mainland – where gambling is illegal.

This is part of a nationwide crackdown on internet crime across China with the Minister of Public Security doing his utmost to keep the web a safe place for the Chinese people.

This case was prominent in cities all over the country and will be seen as a great coup from the authorities to have managed to close it down before it continued to wreak more havoc and spread its influence over other parts of Asia.

It is also the clearest example of how the online illegal gambling world can be much harder to stop. The number of players involved was astronomical and that was obviously because they were based online.

Another fairly recent case saw sports bets of up to $1bn wagered on the 2015 NFL season. The betting ring was set up in a ‘wireroom’ that was based in Costa Rica, with money funnelled.

However, as we touched on earlier, those involved with these operations sometimes have a fairly dubious past and that was the case with this betting scandal. The ringleader was alleged to have purchased more than 20 houses in Costa Rica to launder the proceeds from the operation.

This also shows how sport is a very popular option for those involved. Sports betting is major with hundreds of billions wagered each year all across the world, so the local police forces have to keep an eye on sports gambling rings as well as the casino operations – a difficult task! 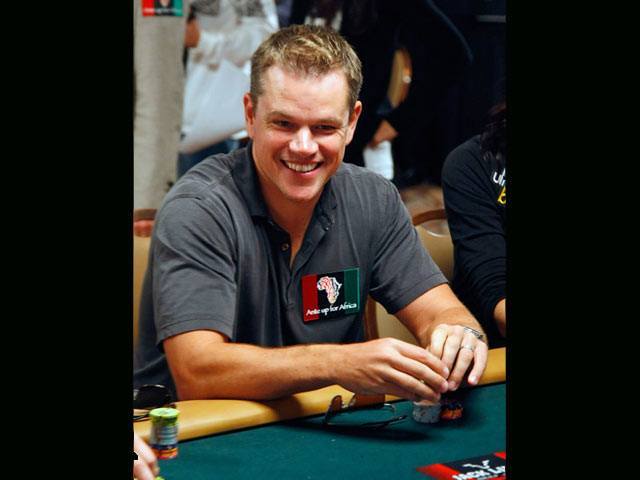 When it comes to high profile betting rings, you can’t look past this one. It was like a scene out of the movies, with all of the characters you’d expect played.

Starting with the villain, we had a Russian mob boss, Alimzhan Tokhtakhounov who was already under indictment for trying to bribe an official at the Winter Olympics in 2002. Not forgetting he had quickly returned to Russia in order to avoid punishment in the US, another twist to the plot.

There was also a professional poker player, some big shots from Wall Street and then a host of A-List names, from Leonardo DiCaprio to Matt Damon and Major League Baseball star Alex Rodriguez.

All of those big names are believed to have played and participated in various poker games and other card games, but that wasn’t all the operation was good for.

A sportsbook was believed to be run, several gambling websites and more than $100m was laundered!

Oh, and these top secret games were held in some of the most luxurious hotels around and at homes of some of the top actors.

Seoul, the capital of South Korea boasts a huge population of around ten million people and earlier this year police managed to break up a betting ring that accounted for 70% of all the betting dens in the city.

Again, the numbers will astound you, around $12m was believed to be wagered each day at the highest point of the operation. Yes, $12m – a day! Over the past five years the gang responsible for this were believed to have made around $25m.

However, despite being a fairly recent betting ring, this organisation applied more of an old-school approach, so it wasn’t about having websites and transferring money, instead you would go to different areas of the city to play.

As well as that, it would mainly be small-time gamblers who would get involved, which shows you just how many facilities they had to create such high revenues.

It’s also alleged that in order to keep customers sweet and maintain the operation, if a player had lost their entire bankroll they would be given money back to cover cab fares home and enough to ensure they wouldn’t go telling the police.

It was also highly organised, with detailed budgets, security teams and marketing teams to ensure that they could keep everything under wraps.

Yet the police would eventually get wind of it and shut the operation down.

Gambling in the country is primarily illegal for national. You will not find many casinos, with Kangwon Land which is located in a remote area, the only casino that will admit South Korean nationals, hence the large underground operations.

Texas businessman had handled more than $5m in illegal bets

Using his knowledge of sports, and sensing an opportunity to create illegal betting rings, Albert Reed Jr set up a company in Curacao that would run 25 illegal gambling websites.

Players would secretly log in and place their wages, on any of the sports that they covered and nobody would be any the wiser – at least that’s what they hoped.

However, the authorities had been tracking down their every move and over the period of four years, more than $5bn in sports bets had been wagered.

While Reed Jr was the chief behind the operation, there was a further 17 men involved and they would all be under investigation. Although only Reed Jr would face a prison sentence.

Yet, it wasn’t as though the others got off scot-free, around $10m in property and assets was confiscated by the prosecutors.

When will it end? 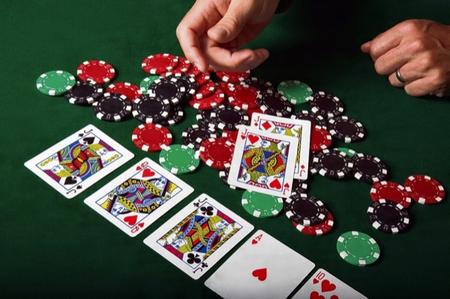 Unfortunately, the recent examples we have given shows that illegal gambling is unlikely to slow down, with so many people involved, because of the money.

We detailed how it had changed over the years with the influence of technology and that will be the biggest obstacle the authorities face in trying to prevent these rings from operating.

However, with the amount of money available in the underground scene it seems inevitable that it will continue to attract players and criminals to get involved, particularly as gambling remains illegal in so many of the areas across the world. If that changed, who knows?

So, there you have it, a look into some of the biggest gambling rings around and how it has changed over the years. Some of the figures mentioned are bewildering with literally billions of dollars switching hands in some cases. As technology continues to increase it will turn the underground scene online, like normal betting has. However, the examples also detail the pitfalls, with all the proceeds lost, jail time inevitable and mixing it with unsavoury characters. We’d recommend Lucky Nugget Casino or failing that your own local licensed casino! Still enjoy your gambling, just make sure it’s safe and secure.